According to the developer, the management of Naga Corp. Ltd. made a choice in favor of a Russian contractor. The contract was concluded at the end of August 2021.

“The new general contractor has already begun preparations for the start of construction and installation work and is expected to start the main work this week. The contractor plans to carry out construction in the winter. The next stage of work will be completed next year, ”said Igor Trofimov, Executive Director of the Primorsky Krai Development Corporation.

According to him, at the moment the company is looking for another contractor to perform such types of work as facade construction, stone and carpentry work, interior decoration, laying of engineering networks, exterior work and landscaping.

To date, the total amount actually invested in the Naga Vladivostok facility exceeds 6.2 billion rubles out of 11 billion planned as part of the construction of the first phase of the facility.

“At the first stage, Naga Vladivostok will represent an 11-storey four-star hotel with 279 rooms of different classes, a casino and a multipurpose concert hall with 2000 seats. The area of the object of the first phase will be almost 55 thousand square meters, ”the KRPK JSC reported.

The total area of all planned objects of the Naga Vladivostok complex will be almost 302 thousand square meters, the number of rooms in the Primorsky Territory will increase by 2 719 rooms due to the creation of the investor's hotels. The project also provides for a water park area.

Let us remind you that the Primorye gambling zone is part of the tourist cluster in Muravyinaya Bay. Within the framework of the first stage of the project, it is planned to create 12 hotel complexes with a casino (3 *, 4 *, 5 *) on the territory of 263 hectares, as well as entertainment facilities for family and youth recreation. At the moment, 6 investors are working in the gambling zone. The total volume of investments under the signed agreements exceeds 71 billion rubles. 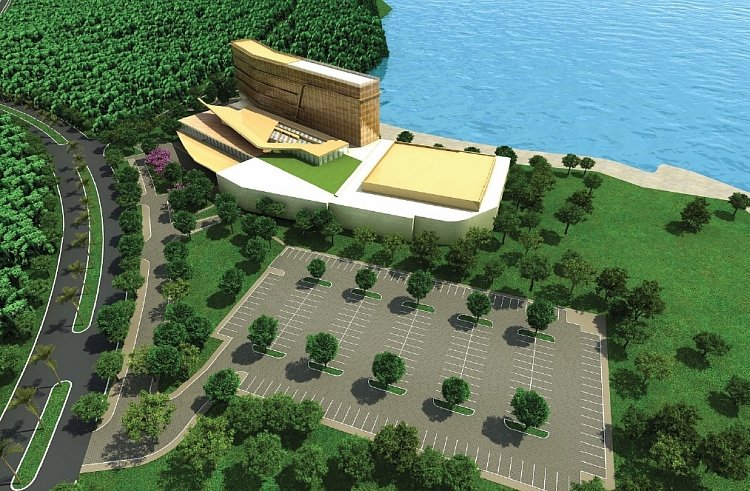