The work on the conceptual project took place within the framework of the 2020 K-City Network Global Cooperation Program, and was fully funded by the Korean side.

“We thank our Korean partners for the great and highly professional work that was carried out jointly with the Government of the Primorsky Territory, the regional development corporation and the investment agency. We believe that the final result is a valuable work, so we have already taken it into work. The presentation of the “smart city” will be included in the package of proposals for the investor with the aim of developing the industrial park “Bolshoy Kamen”, ”said Igor Trofimov, Executive Director of the Primorsky Krai Development Corporation.

According to representatives of LH Corporation (LH Corporation), the solutions were developed at the request of the Primorsky Territory government with the expectation of creating comfortable living conditions, doing business and building decent infrastructure in the Bolshoy Kamen urban district.

“The final plan for the use of land resources has been developed taking into account industrial, logistics, housing needs with the possibility of further expansion. The 10-month work has ended. The result can be the beginning of a new work, if an appropriate decision is made by the regional government. We wish the results to be transformed into an attractive project for Russian and foreign business, ”noted the Korean partners.

According to Korean specialists, the plan was to create a project for the largest “smart city” in the Far Eastern Federal District on the basis of the Zvezda shipbuilding complex. The master plan included not only zones for the construction of industrial facilities, but also residential complexes, taking into account the influx of population in the future, logistics interchanges, office premises, social infrastructure, which includes service centers, schools and kindergartens, transport routes, green zones and parks. The total area for construction in accordance with the smart city master plan is 900 hectares, transferred to the ownership of the Primorsky Krai Development Corporation for the creation of investment sites for the development of the first industrial park in Primorye and the implementation of other projects in the Bolshoy Kamen GO area.

As previously noted by the regional government, the territory of the urban district of Bolshoy Kamen is considered as a promising territory for creating social infrastructure facilities and developing priority investment projects, where it is possible to implement the concept of a “smart city”, which will create the most favorable conditions not only for business, but also for life. local population.

NOTE: In 2020, the Government of Primorsky Krai applied for an international competition to include the territory of Bolshoy Kamen County in the 2020 K-City Network Global Cooperation Program, which is conducted by the Ministry of Land Resources, Infrastructure and Transport of the Republic of Korea. The program is aimed at supporting the creation of projects for the development of "smart cities" and the implementation of "smart solutions". In total, 80 projects from 23 countries of the world took part in the competition. As a result, 12 projects from 11 countries were selected, and the Primorsky Territory project was recognized as the most indicative among the projects of other participants. The application received support, making the Primorsky Krai project the only one in Russia to receive a grant of almost US $ 600,000 for project development. 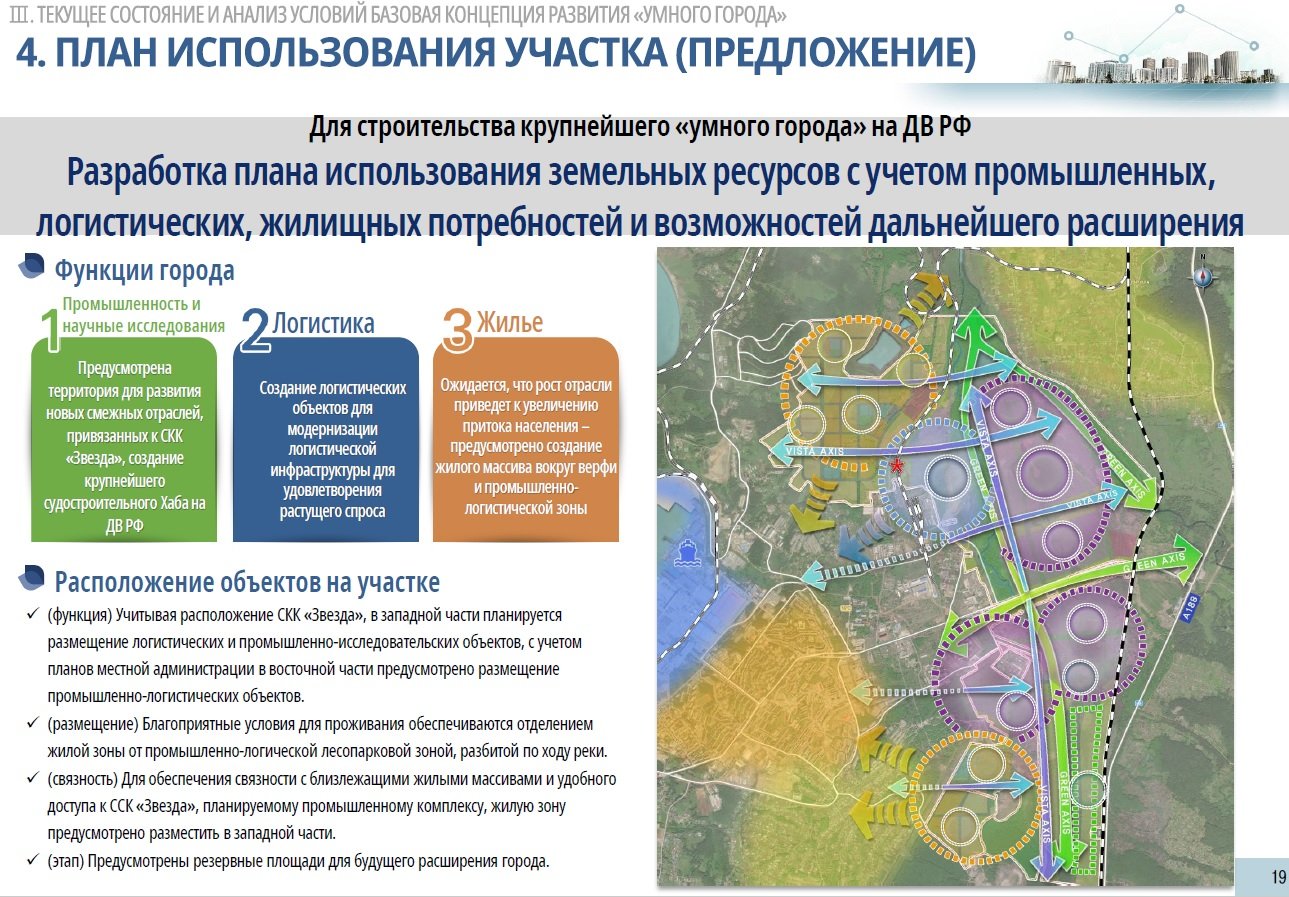